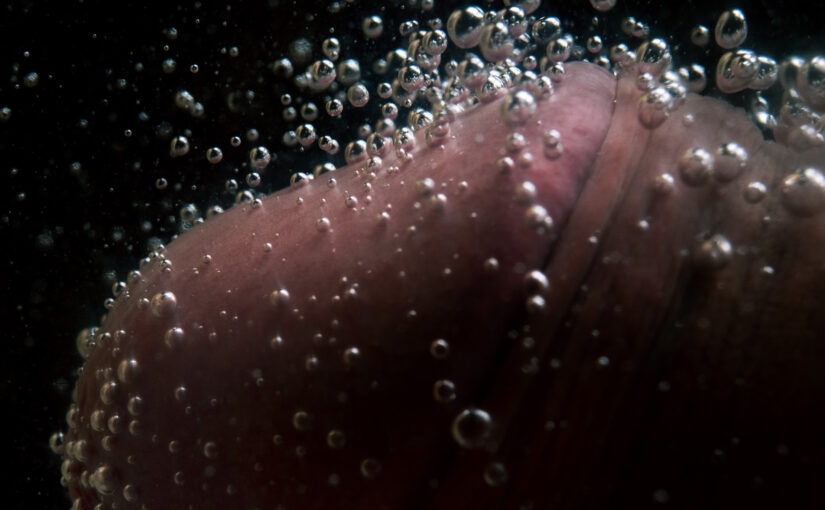 The penis is diametrically considered an object of worship and abject fear. For a few years, I’ve been photographing penis portraits to exemplify consent and get to grips with the desire and the taboo.

Nearly half of this world’s population has penises, and they are a source of pleasure, pain, love, jealousy, power and shame since the very beginning.  The penis is seen as a major attribute to masculinity, its euphemism being the ‘manhood’.  Why an erect penis is considered more threatening than a flaccid one, but it is, even though symbolically phalluses are represented everywhere, from minarets to obelisks, chorizo to bread batons and ice lollies, trains and aircraft. Size matters, across everything, the bigger it is, it’s deemed more powerful, and this toxic notion subliminally poisons the male self-image. It’s not strange then that men worry a lot about the size of their penis!

Curiosity got me to probe the many names given to a penis, linguistically and culturally. For instance, Zakar is a Farsi word for penis, in Arabic, the same word means memory/mention and is etymologically rooted in Protosemitic dikar. Shiva ling adorns Hindu places of worship and represents the generative power of Shiva. The 15th century Lama Kunley’s flaming thunderbolt and the temple of fertility in Bhutan fascinate me no end, with the penises painted publically outside and inside the homes. Phallic worship has gone on since ancient times across cultures. Kanamara Festival in Japan is a grand public and family spectacle of the penis. How I wished as a boy, that my father’s hardcover on Khajuraho temples had more definition in those offset reproductions. Classical European art is full of male nudity too, but the penis is fairly underplayed. Thankfully Michelangelo bequeathed us all with a larger than life David, and without a fig leaf masquerade!

I tried to create elaborate tableaux to present some of the images from my ongoing photographic series titled Penis Portraits. Naming it differently could have possibly made it sound more ‘respectable’, fancier or in a language closer to my roots, but then I succumbed to simply calling it what is – Penis Portraits.

The current wave of prudishness ravaging social media in the name of faux-morality is asphyxiating for the disconnect it brings with and to our bodies. I found myself scraping contexts to legitimise my interest in the male body, particularly the hidden. Much has been written and debated on the divides between art and pornography, eroticism and sensuality, hardly any agreements are ever reached. Male love deities; Min to Freyr, Pan, Erotes, Priapus or Tintinnabulum, to contemporary artists Hokusai, Jeff Koons, Robert Mapplethorpe, Bruce Webber, Jasper John, Andy Warhol, Helen Beard or Jamie Mc Cartney; to name a few, all garner raised eyebrows, nervous laughter and divided opinions.

In my early teens, pseudo religiosity ruled supreme in Pakistan and any mention of sexuality other than the hetero normative was a big taboo. My desire for the male form flourished like a secret colony of mycelium. I learnt to derive pleasure by visually noting the minutiae; creases and swells under the clothes and the breeze were the informants. Penis curiosity aroused every time I noticed resistance under a fluttering lungi, a sweat-drenched shalwar or those tight trousers of the late seventies and eighties where nothing was left for imagination.

A few years back unfazed by rejection or fear of judgement, I started asking people if I could photograph their penises. Some refused and jested the very idea of it. Some were traumatised by their size, gauged through the disparaging competitiveness, particularly prevalent amongst the gay brethren. Many wonderful people consented and anonymity reassured the rest. Comfortable in their skin, they trusted themselves and allowed me to get up close with my very old manual focus macro lens, at times almost touching their ‘manhood’.

I remain as wide-eyed as the boy I once was who wanted to explore but for decades remained burdened by guilt and shame. I’m gifting this post to myself on the eve of my 59th birthday, to let go of any obligation to explain. It has taken me a lifetime to finally give myself permission without the fear of what ‘people might think’. I craved so long to feast my eyes on the hidden male form, now I can lovingly give it all my attention, and I do. Each of these images is derived from an unapologetic sense of pleasure; these are portraits of cooperation, consent and play.

Someone shrugged their shoulders and called these ‘glorified dick pics’. Even though they are objectified, these images are created in the spirit of sharing the beauty, curiosity and vulnerability of being human. The varying sizes, textures, shapes, compositions and colour; devoid of the face of the person they belong to, possess ample personality, poetry and panache to be portraits and not headshots (no pun intended). Leonardo da Vinci found it curious that the penis was often a source of shame and that men were shy about discussing it. “Man is wrong to be ashamed of giving it a name or showing it,” he added, “always covering and concealing something that deserves to be adorned and ceremoniously displayed.”